What makes Samsung a conglomerate 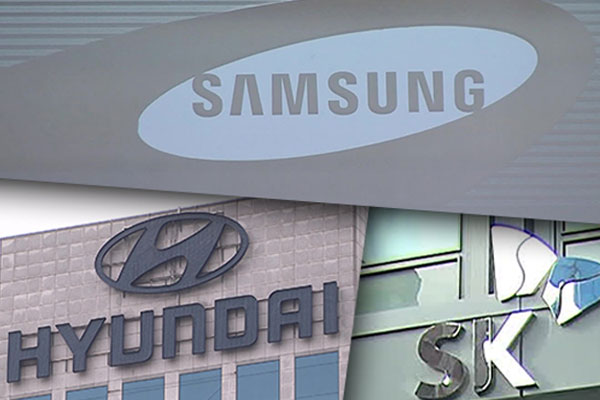 One of the striking features of the ranking of the four largest corporate groups in South Korea is their main business area.

Information and communication technology (ICT) is the main business for Samsung, SK and LG, Hyundai Motor is the only exception. In addition, the gap between second-placed Hyundai Motor and third-placed SK continues to narrow. SK is expected to overtake Hyundai soon.

Samsung Group remains the unrivaled leader with more than 400 trillion won ($ 340 billion) in assets. Samsung Electronics plays the central role in this. Semiconductors bring enormous fortunes to the group. Samsung Electronics has its roots in Samsung Electric Industries and Samsung-Sanyo Electric, a joint venture with the Japanese company Sanyo Electric. Both companies were founded in 1969 when Samsung announced its intention to enter the electronics industry. They made household appliances like televisions. Samsung Electric Industries acquired Korea Semiconductor, a chip maker, in 1974. In 1977 the merger with Samsung-Sanyo took place. The Samsung Group took on the semiconductor business in full in 1983 with the construction of a factory for semiconductor production. Lee Kun-hee, who took over the group management after the death of his father and Samsung founder Lee Byung-chul in 1988, declared household appliances, telecommunications and semiconductors to be the main areas of business. Samsung Electronics then received its current form and name.

Samsung Electronics is now a leader in global semiconductor technologies and remains the market leader by a large margin. With its technological power, Samsung is also about to conquer the global market for smartphones. The Samsung Group is also a leader in other major industries such as construction and heavy industries.

For the Hyundai Motor Group, the runner-up, cars are the main business. After the death of Hyundai founder Chung Ju-yong, the car company became independent of the Hyundai Group. The history of the car manufacturer Hyundai Motor Company began in 1967. In 1976, Hyundai developed the first South Korean Pony model. This made South Korea the second Asian country after Japan to build its own vehicle models. A short time later, the Pony model was exported. Hyundai Motor developed into one of the leading automobile manufacturers in the global market.

The SK Group, the third largest conglomerate, started out as Sunkyung. Sunkyung rose to prominence in the energy and chemical industries after acquiring the state-owned Korea National Oil in 1980. The group, which has since been renamed SK, became the market leader in the domestic mobile communications market with SK Telecom. In 2012, SK took over the semiconductor manufacturer Hynix, which was created through the merger between Hyundai Electronics and LG Semiconductor. In the flourishing semiconductor market, SK was able to experience great growth thanks to the synergy effects between the mobile communications and semiconductor businesses.

The fourth place LG Group once led the domestic electronics industry. Goldstar (currently LG Electronics) was the first to produce radio sets in South Korea and export them. Goldstar was founded in 1958 and renamed LG Electronics in 1995. It was founded after the company Lak Hui Chemical Industrial, founded by Koo In-hwoi in 1947, had achieved great success in the plastics business. Goldstar developed into one of the three largest electronics manufacturers alongside Samsung and Daewoo. However, after the forced sale of its semiconductor division to the Hyundai Group, LG remains behind Samsung Electronics and SK Hynix.