What are the energy prices in Africa

Green electricity in Africa: "Costs per kilowatt are relatively high"

Dolf Gielen, Director of the International Renewable Energy Agency (Irena) in Bonn, sees a lot of potential for new energies in Africa. But costs and the political environment limit growth. 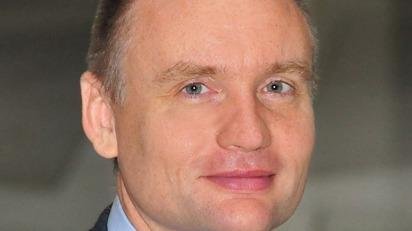 Enough water is a problem there. In Africa, however, up to 150 GW of hydropower pipeline can be installed by 2030. Seen in this way, there is still very significant potential for expansion. This applies to the Democratic Republic of the Congo in Central Africa, a little less to Cameroon and Gabon in the west, more to the south for Angola and Mozambique, and to the east for Ethiopia, where construction is currently underway. Wind and solar energy, on the other hand, are options in North Africa.

Yes, except on the coasts of Africa, Ethiopia and Kenya have high wind energy potential in the East African Rift Valley. Since last year, Adama I, the largest wind farm in Sub-Saharan Africa, has been generating 51 MW of electrical power in Ethiopia.

We carried out a cost analysis for electricity generation from renewable energies. What we found is that the cost per kilowatt of new technologies in Africa is relatively high. For onshore wind energy, for example, they average $ 2,000 / kW, while in Europe it is an average of $ 1,600 / kW.

The markets are not developed, or a road and power line have to be built for a wind farm. There are too few local dealers for this. Customs duties for imported goods and high transport costs apply. These factors add to the cost. In addition, there are relatively few wholly commercial projects. Most projects include a development factor and focus on increased electricity production and local economic development at the same time.

Aid can be very helpful, but it depends on how the funds are used. Studies, capacity building, flagship projects, risk reduction, etc. are good. But development projects that compete with commercial projects and so-called “tied aid” projects can be problematic because they damage the market (editor's note: In “tied aid” projects, funds for services and goods flow into the donor countries back).

The political environment is just as important. The cost analysis shows that the budget costs as a result of risks are on average 15% to 20% per year, which is significantly higher than in Germany. This affects capital-intensive technologies like renewable energies. In addition, if the electricity sector does not operate economically and sells electricity below production costs, there is no loan and the country in question depends on multilateral financing organizations.

It remains to be seen whether renewable energies are so much more expensive. Solar energy is certainly more expensive, but wind energy and hydropower imports, which is currently being discussed, could be cheaper. The problem in South Africa was that they only included the cost of coal but not the cost of reinvestment. So they came to 2 cents / kWh. With the reinvestment it is around 7 cents / kWh.

Africa is very important to us, firstly because the potential is huge, secondly because many decentralized solutions are needed that can play a very important role, and thirdly because electricity production has to be expanded. A tripling of the current 150 GW to 450 GW is necessary by 2030. JOSEPHINE BOLLINGER JUG