Why is copper smaller than zinc

To explain the redox series, let's first look at an interesting phenomenon: If we hold a zinc sheet in a copper sulfate solution, an elementary copper layer forms on the zinc sheet. But if we hold a sheet of copper in a zinc sulphate solution, no elemental zinc layer will form. We can even predict when such a response will work and when it will not. For this we need the electrochemical series of voltages (also called redox series). 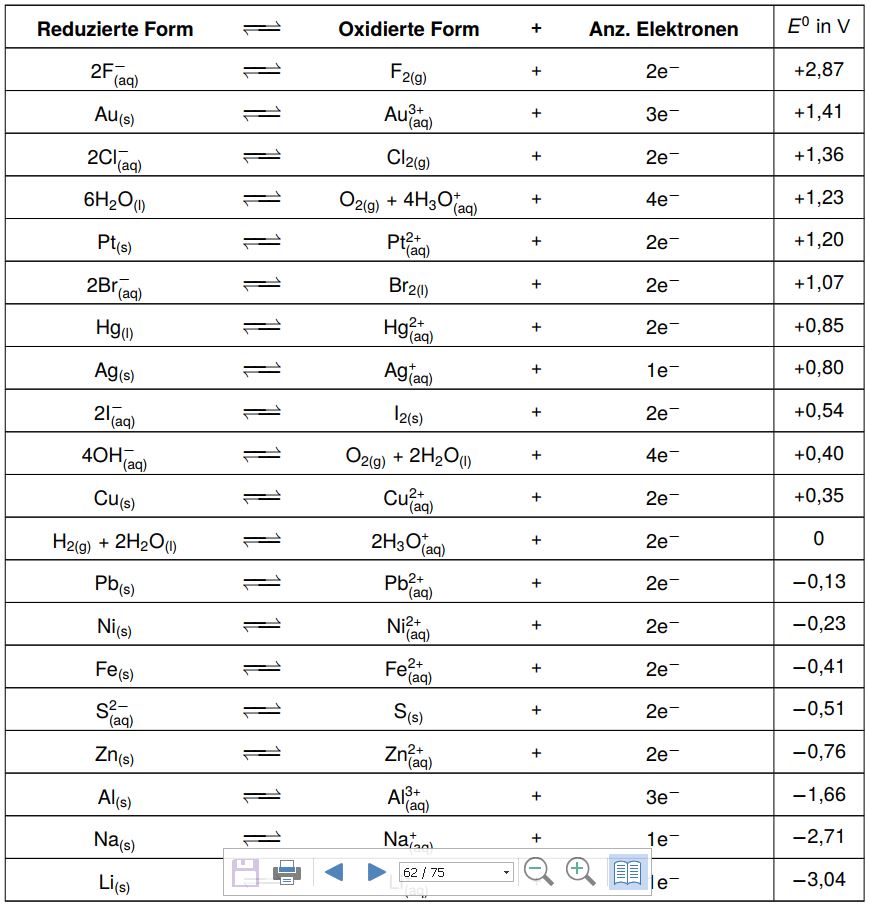 Let's take a closer look at this electrochemical series. We have always given a corresponding redox couple and the corresponding number of electrons involved.

Let's look at copper: The reduced form in the table is Cu, the elemental copper. The oxidized form is Cu2 +. In order to convert these two into one another, two electrons have to be released or received. Now the number +0.35 is in the last column. This value is the so-called standard potential E0. In the following we have a very specific experimental set-up that is used to determine the standard potential:

We can observe a standard potential of −0.76 V for a zinc half-cell. In this case the electrons flow away from the zinc half-cell. We also say that zinc is a base metal because it likes to give up its electrons. Copper, on the other hand, is a noble metal because it does not like to give up its electrons and is therefore more likely to be in its elemental form.

For the electrochemical series, it should be noted that the values ​​for the standard potential apply to 1 molar solution. The values ​​also change at other concentrations.

Now we know what the values ​​in the table mean. Why do we need this?

Let's look at copper and zinc in the redox series.

Copper is higher than zinc in the table. This means that the reaction to elemental copper takes place earlier than that to elemental zinc, since zinc likes to give up its electrons, but copper does not.

Note: Sometimes the tables are arranged the other way around, so that the more precious metals are below.

The values ​​of the standard potentials are then not smaller but larger within the table. Then of course the rule applies exactly the other way around!

If we now connect two different half-cells, e.g. a copper and a zinc half-cell, we can also use the electrochemical series to calculate how high the voltage is that can be generated with it. To do this, we subtract the smaller value from the larger: