What do Azerbaijanis think of Morocco

Carola Becker reports on the first days of the taz trip to the Caucasus, which began in the Azerbaijani capital of Baku in 2019. 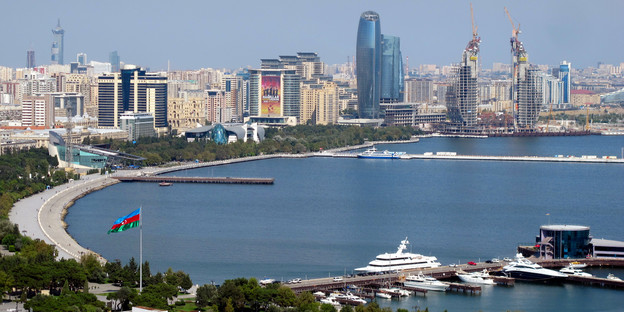 Bright sunshine greets me in the morning. As the Azcot Hotel is located on a traffic-calmed street, the traffic noise is only very quietly audible from a distance. We are in the middle of Baku, the capital of Azerbaijan. The sweet smell of an oriental bakery wafts in through the window.

The night was very short and my mind was so alert that it seemed to me that I had hardly slept. That could be due to the Azercay, an Azerbaijani tea, which I still drank after arriving early in the morning.

Yesterday afternoon we first flew to Kiev with the Ukraine International Airline. From there it is a little more than three hours to Baku. It's already dark, so I don't notice anything of the route. But somehow we must have flown over the Caucasus. 1:15 then the landing. The unusual architecture of the airport building alone increases the tension on the announced modernist buildings in the city.

After a short greeting to all fellow travelers by Barbara Oertel, our tour guide from taz, we drive about half an hour to the hotel in the city center. After a really tasty oriental breakfast, we make our way through the city. 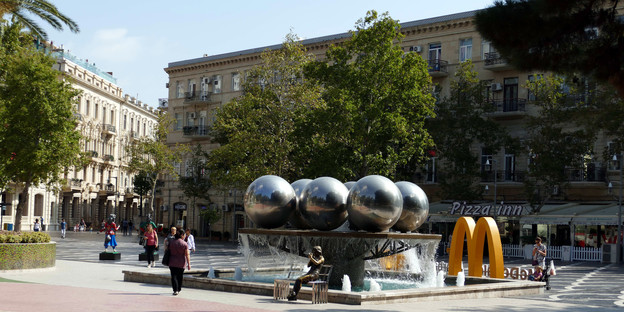 In the city center of Baku Image: Carola Becker

Baku is known to us as a center of the oil industry. This wealth shaped the city for a long time. Our travel guide shows us many magnificent buildings that were inhabited by "oil barons" and were built by well-known German architects as early as the 19th century. In 1873, for example, the Nobel brothers founded the first petroleum company here, which was a leader in the world market for many years.

Before the Arabs brought the Muslim faith to Persia and Azerbaijan (then part of the Persian Empire) in the 7th century, the people adhered to the Zoroastrian faith and used the oil, which naturally bubbled up to the surface of the earth, for their eternal fires. Today 98% of Azerbaijanis are Shiite Muslims. However, due to the long history of the Soviet Union, belief does not play a particularly strong role. The women go in short skirts and without a headscarf, and alcohol is also openly sold.

In the old city center, which is a UNESCO World Heritage Site and whose city wall dates from the 12th century, there are countless historical buildings, wonderfully restored or still under renovation, which are mainly influenced by the times of Persian and Ottoman rule. 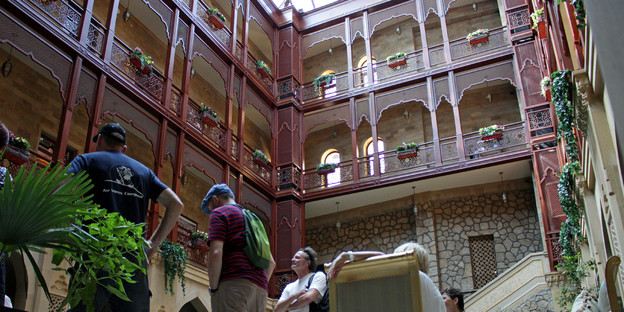 Since Baku was part of the old Silk Road, some caravanserais have been preserved, which are now operated as a restaurant or hotel. Also of interest is the Maiden's Tower, around which many legends are entwined and science has developed many theories. But to this day nobody knows exactly for what purpose it was built.

In addition to some typical buildings from the Stalin era in the confectioner's style (I sometimes had to think of the boulevards in Bucharest), the last two presidents of the Aliyev family adorned the city with architecturally unusual modernist palaces, designed by western star architects. The best known are the Flame Towers, which are illuminated at night with plays of light in the Azerbaijani national colors and as flame imitations, as well as the Heydar Aliyev Center, a large cultural palace designed by the star architect Zaha Hadid. 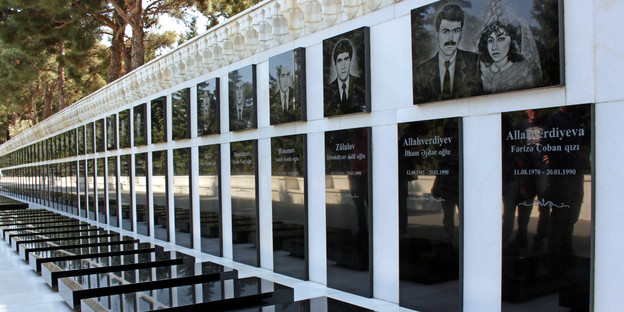 Grave slabs in memory of those who were shot in 1990 Image: Stefan Hessel

The city tour ends in Highland Park, a mausoleum for those who died in the fight for Azerbaijan's independence. During a demonstration on January 20, 1990, 98 men and women were shot dead by government troops. They were buried on the foothills of the small Caucasus above the city and honored with an eternal flame.

We are now on our way to meet Arif Hajily, the leader of the Musavat party. Musavat has been very active in the independence movement since 1988. First she came to power for one year after the first democratic elections after independence, but was then replaced by the Aliyev family in 1993. Its central demands are democratic elections, freedom of expression and assembly and, in principle, compliance with the European Convention on Human Rights. It is both anti-Russian and anti-Iranian, as it is fundamentally in favor of unification with South Azerbaijan, a province in northern Iran.

After a short refreshment in the hotel, you will go to a restaurant for a typical Azerbaijani dinner. Then we enjoy the fresh air and the beautiful atmosphere on the beach promenade to the Caspian Sea. 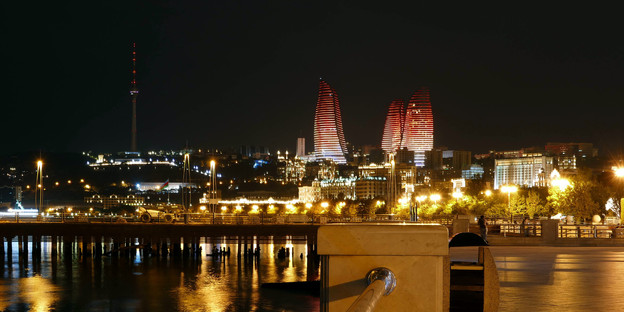 Today there are three encounters on the program. First, the bus driver takes us to a meeting with Elesger Mammadli, a lawyer and media law expert and ex-director of IREX, a US NGO in Azerbaijan.

After lunch in a small restaurant in one of the many beautiful parks in Baku, we continue to the office of the Republican Alternative Party. Here we meet with Ilya Mammadov, the party leader of this unregistered party. His party is clearly one of the opponents of an election boycott. 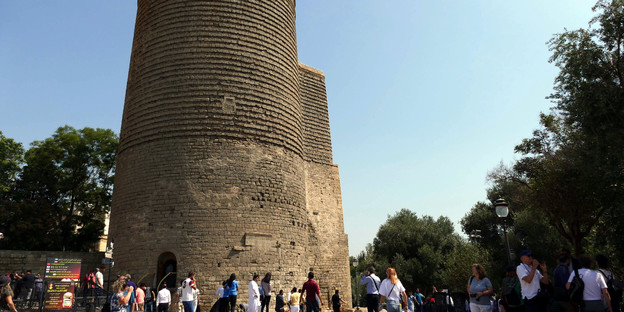 The Jungfrauenturm in the center of the old town Image: Carola Becker

After breakfast, Chadija, an investigative journalist, visits us at the hotel. Your personal story is very touching. At noon we drive to the office of the women's alliance for rational development. First we meet Nijat Gozalov, the head of the National Law House. He is a lawyer and educator and is particularly committed to women's rights. In the afternoon the leader of the women's alliance, Shahla Ismayil, joins us.

In the evening there is again a very delicious dinner in a nice restaurant in the old town. Accompanied by live music on traditional instruments, we enjoy the delicacies of Azerbaijani cuisine.

(The journey continued! From Baku first to Kutaisi and Tbilisi in Georgia, then to the Armenian capital Yerevan) 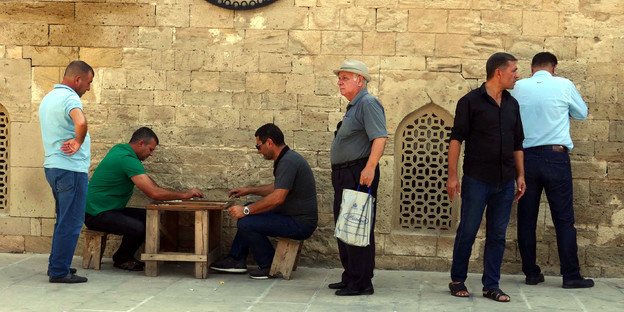