How does Car HMI

How does HMI work?

An HMI is either a device or software. Depending on the area of ​​application, the interaction takes place via the HMI panel, display or buttons. Therefore, one component is a suitable housing.

Large amounts of data are collected and processed in such a way that they can be displayed to the user via a panel. 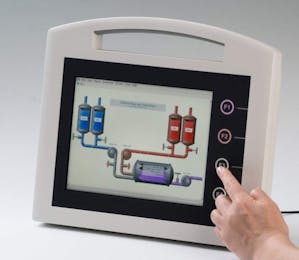 HMI in the automotive industry

The Human Machine Interface (HMI) in the automotive industry allows the driver to observe the operating states and operate various functions in the vehicle. In cars, control systems for air conditioning, navigation, telephony and entertainment are housed in the center console or as a central display in the dashboard. Multi-function switches in the steering wheel of cars and switches and modules in the cockpit for trucks, tractors and agricultural machines are also included.

Tasks of the operating systems

In the case of HMI or MMI, one also speaks of operating and monitoring and the human / machine interface. Operating states of the vehicle are displayed in such systems and the operation of functions such as

In many systems, "observation" takes place on a display, but operation is carried out mechanically via central rotary controls (e.g. I-Drive) or via operating elements such as multi-function switches on the steering wheel or buttons for operating the air conditioning. The trend is towards fully integrated systems in which all (or almost all) functions are visible and can be operated via one or more touch screens. Since a display does not provide the user with any haptic feedback during operation (for example the pressure resistance of a switch), attempts have been made in the latest generations to give feedback to the user via vibration and acoustic signals.

Augmented Reality, the projection of navigation information, vehicle speed, traffic information and operating conditions such as tank content or charge level of batteries on a display in the driver's field of vision, is a driver assistance system that is assigned to the "Observe" area and is intended to support operation.

Operating systems in the commercial vehicle sector, tractors and agricultural machinery are fundamentally similar, but technologically more robustly designed for the application. These are mechanical operating elements such as switches, consoles, selector levers, but also complete modules and systems including displays. Here, too, there is a strong trend towards networking and integration. More and more functions are shown in displays and can also be operated there via touchscreen.