Why do people spit on sidewalks

Snot in Public: What Are You Spitting?

Footballers are considered the kings of spitting. But people also like to gush on the street and often. Some governments are fighting against it. 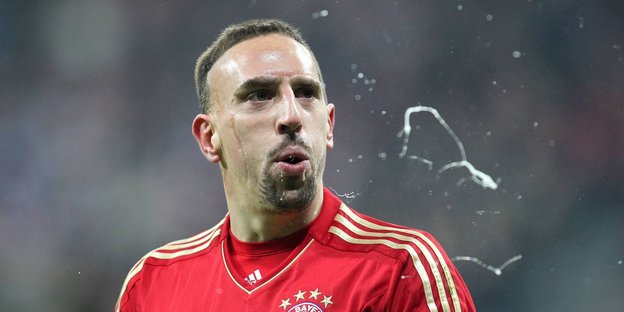 When it comes to spitting, most people agree: the spit spit on the sidewalk, which then turns into a yellowish, jellyfish slime - that's just disgusting. The world outside of Europe is also increasingly critical of spitting, at least that's what governments are doing.

China has been working on the “civilizational” re-education of the people for years. This includes campaigns calling for people not to spit on the floor or to wear pajamas in public. The government of the Indian state of Maharashtra recently made spitting in public a criminal offense. It costs 150 rupees, the equivalent of 1.90 euros. A hefty penalty for many people. In earlier times, as is well known, people in this country spat out for the devil.

Speaking of the devil: In “Pfui Teufel!” The sound of spitting can still be heard, “Pfiii”. According to the concise dictionary of German superstition, saliva can drive away all harm, including the devil. Popular belief even said it had cleansing powers - warts were spat on and weak eyes were rubbed with it. Biblical experts still know the story of the blind man, whose eyes Jesus wet with saliva and who, according to the evangelist Mark, was then able to see again. In any case, in the Middle Ages no one found it inappropriate to spit on the floor even in closed rooms. At the beginning of the 16th century, the philosopher and theologian Erasmus von Rotterdam declared: "Swallowing saliva is a bad habit." Just spitting across the table or directly on it was too much of a good thing.

It's always amazing how times change. It is unclear whether Norbert Elias' theory of civilization can explain how the change of opinion came about. Put simply, the sociologist Elias says that the ever-increasing social interdependencies required more affect control. At first the upper classes of society had more and more control over their behavior, later the lower ones.

In Cologne it costs to spit on the street

No matter how we want to explain it, medicine put an end to spitting with the discovery of the tubercle bacillus. Now spitting out was not only disgusting, but also pathogenic. Recently, however, the taboo seems to be loosening again. I myself have been observing for some time how unabashedly some people - it's actually always only men or young people - spit around. Up to two meters in front of the feet also happened. Is this how your own territory is marked?

Or does that mean: space there, now I come? The absolute kings of spitting are definitely the footballers. There may be a physiological reason why they have to get their saliva out of the mouth when they are physically exerting themselves. But that doesn't explain the spit fountains that some players emit when entering or leaving the pitch. Sometimes they end up in the face of an opposing player, in such a case there is at least a red card and a ban for further games.

Spitting out in public usually goes unpunished. It is with benevolent sympathy that I view the Cologne city regulations for a safe and clean Cologne. It costs 30 to 60 euros if public spaces are contaminated and defaced by spitting.

Will the ban also be enforced? In any case, in Berlin the regulation would not be worth the paper it is on.