Is your family going overboard for Christmas?

Christmas greetings to sailors all over the world

For the program director of NDR Info and editor-in-chief of NDR radio, Claudia Spiewak, "Greetings on board" is one of the oldest radio programs in the world and belongs to the station's silverware: "The program shows how close radio can get to people, and I think that 'Greetings to Bord 'has its special quality in this emotional, direct contact between people at home and those far away. "

The audience: people who live in Germany but work on oil platforms in the North Sea, frigates off Somalia, research vessels in Antarctica or freighters around the world. The show, which thrives on a mixture of personal messages and maritime music, is moderated by Birgit Langhammer and Ocke Bandixen. 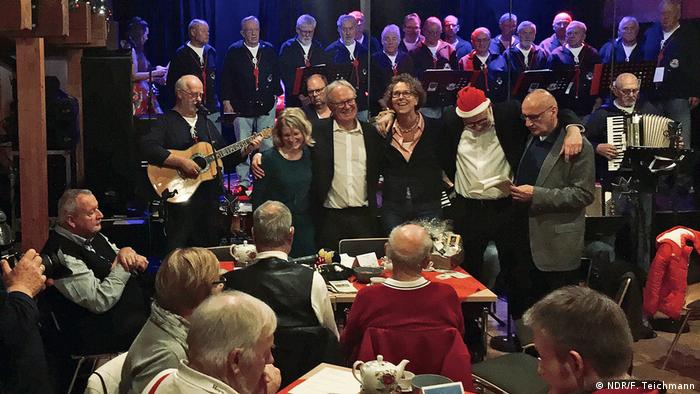 "Greetings on board": Music, singing - and always very close to people

So that the crews and passengers on cargo and cruise ships can receive the traditional broadcast on all oceans and in distant ports, the NDR also broadcasts it on shortwave frequencies.