Why was Senna the best

.."The San Marino Grand Prix will go down in history as the Horror Grand Prix, which Ayrton Senna fell victim to as the best Formula 1 driver of all time." (see middle column).

.... "Senna put them all in the shade. How he got into Formula 1 amazed the experts."

.... Michael Schumacher recognized: "If you want to show your children how good Senna was, you should show them a video from Donnington 1993." 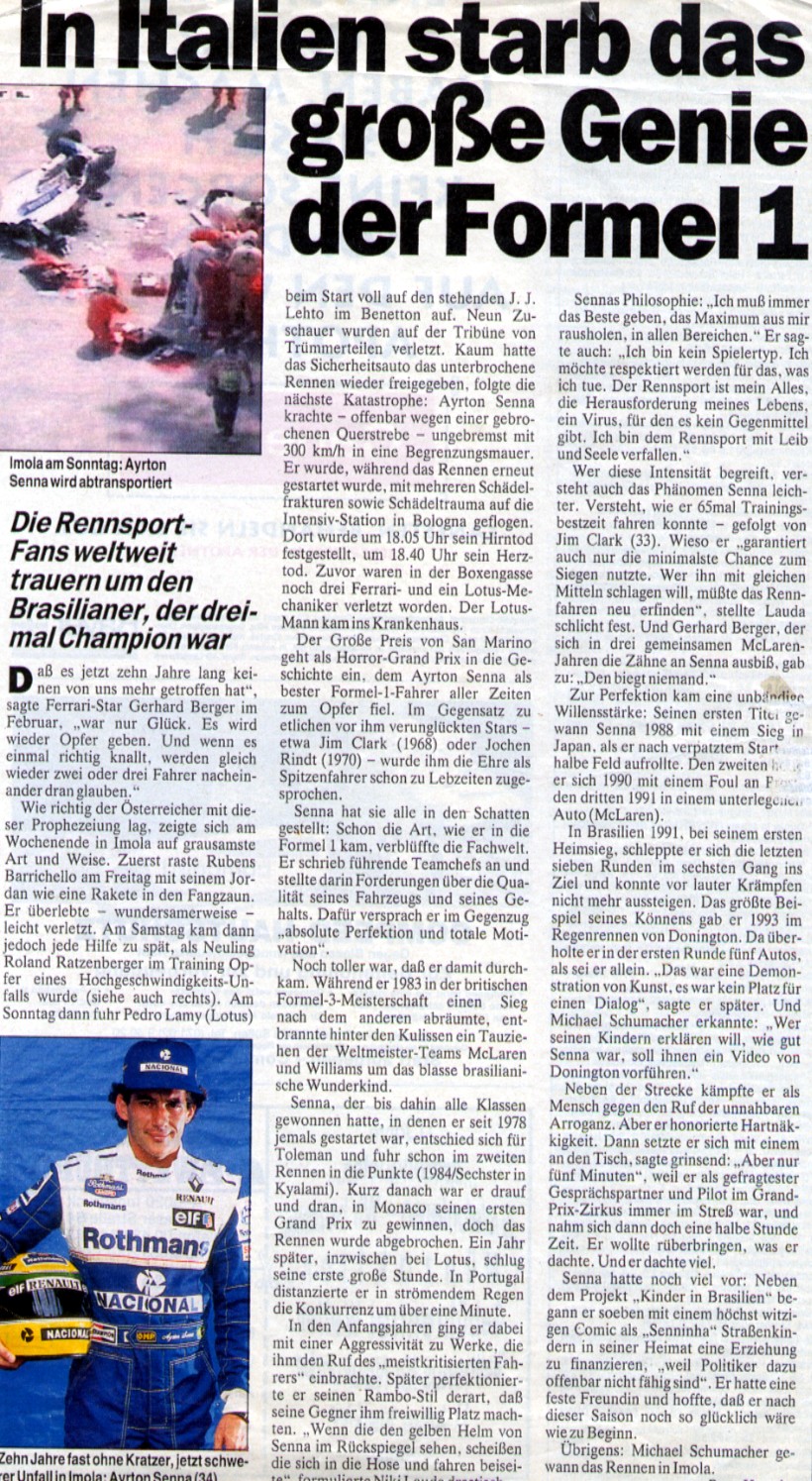 The title text at the top left of the trade magazine reads: "... Ayrton Senna - the exceptional pilot that many experts still considered the best driver of all time ".

Despite Schumacher's 1994 World Championship title after Senna's tragic death in Imola, there is unanimous opinion in the German specialist press as to who was the best driver in Formula 1.

"First place in the drivers' championship goes to Ayrton Senna. There are no two opinions among all drivers who was the world's best driver."

Auto Bild 1993 Tops and flops of the season: (this season Schumacher got the factory engine and Senna only got the Ford customer engine until the race in Hockenheim 1993). Nevertheless, Senna secured the Vice World Championship behind Prost in front of Hill. Senna was able to show off his driving skills and the approx. 100 HP deficit compared to Prost and Hill, especially in rain races.

Although Senna did not win the title because of the worse car, he is, according to the motorsport experts from Auto Bild: "Senna is and remains the fastest, ... the measure of all things formulaic".

Senna's tempo colleague Andretti came into Formula 1 as an Indy Car Champ and was dismissed prematurely at McLaren for lack of good performance. Andretti was one of the flops of the 1993 Formula 1 season (according to Auto Bild 1993). 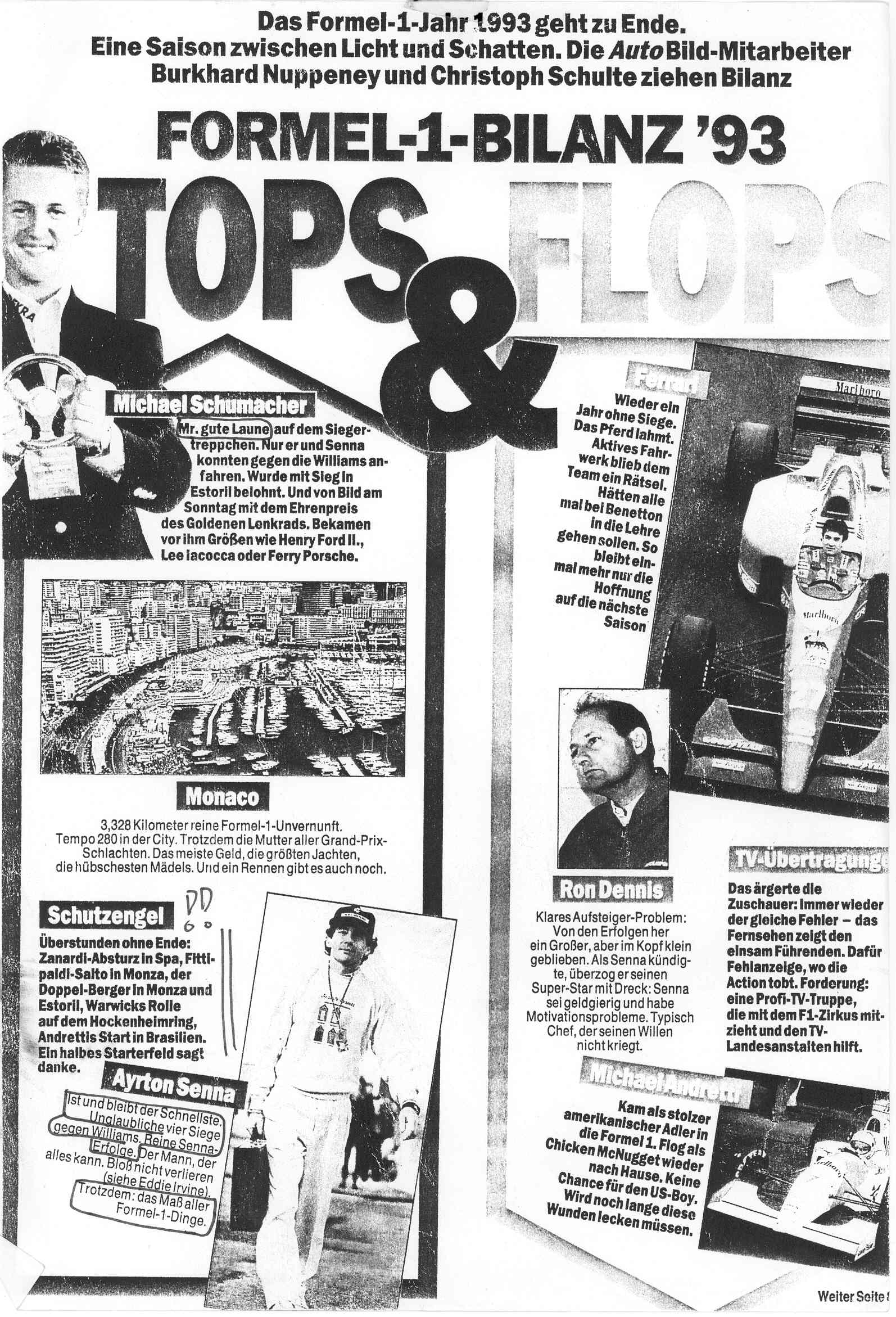 Ayrton Senna was given 6 pages of report, more space than any other report in this issue 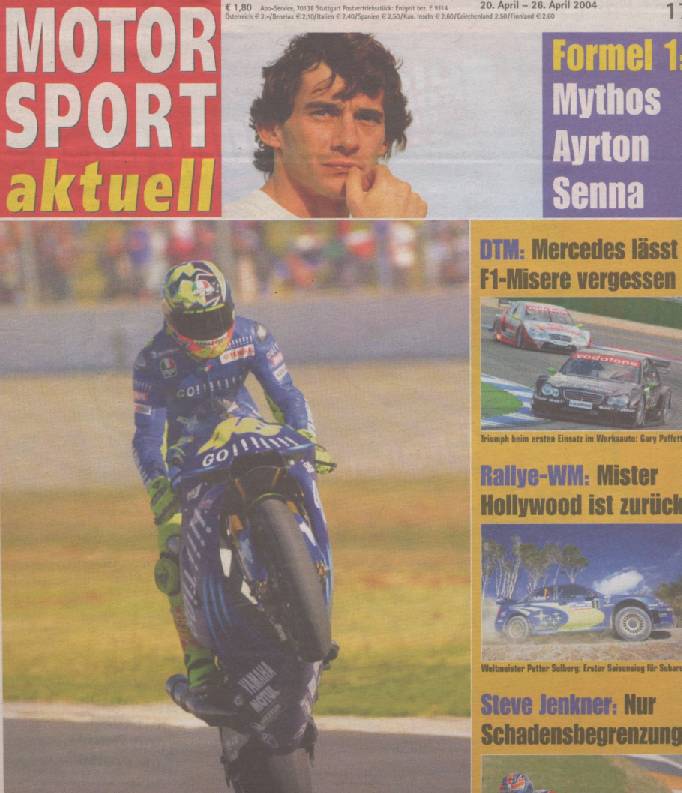 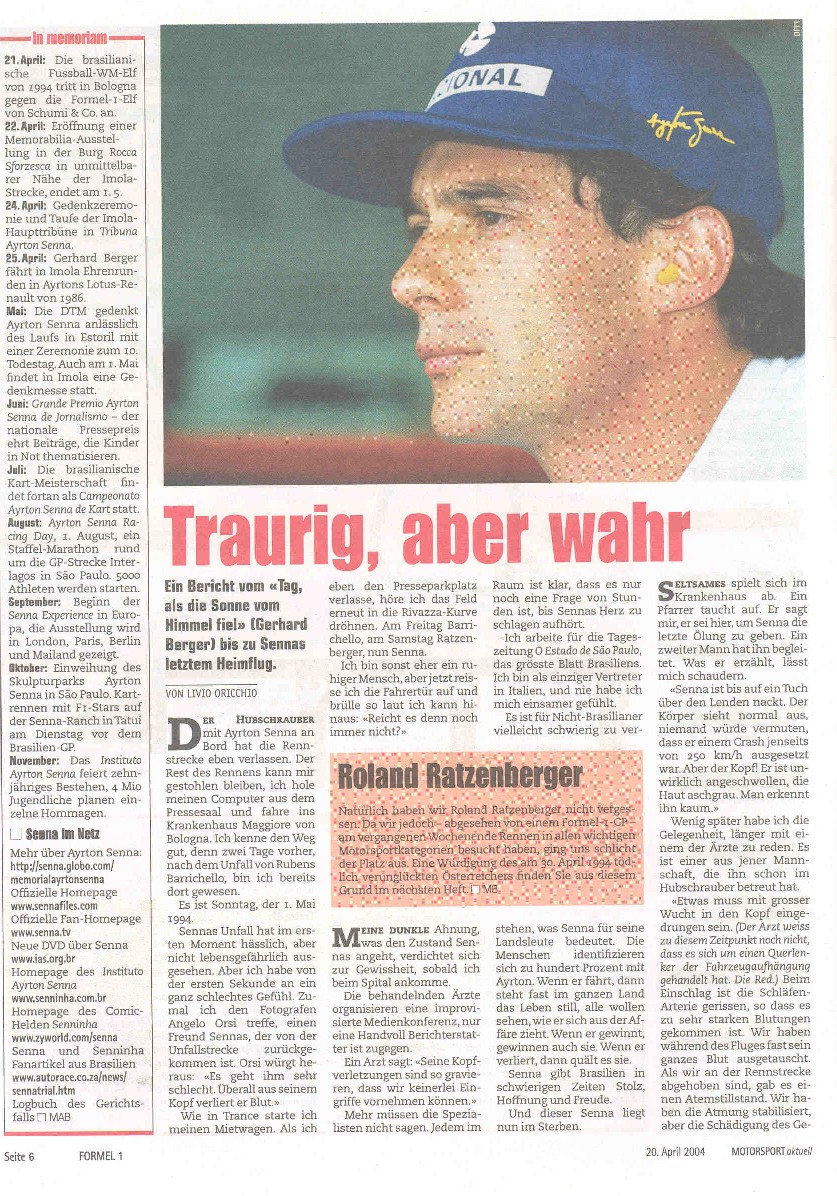 The deep impression the coffin made on an ignorant man in business class when he found out who is lying in the coffin with the Brazilian flag can be read in the report below (page 7 in the MSA). 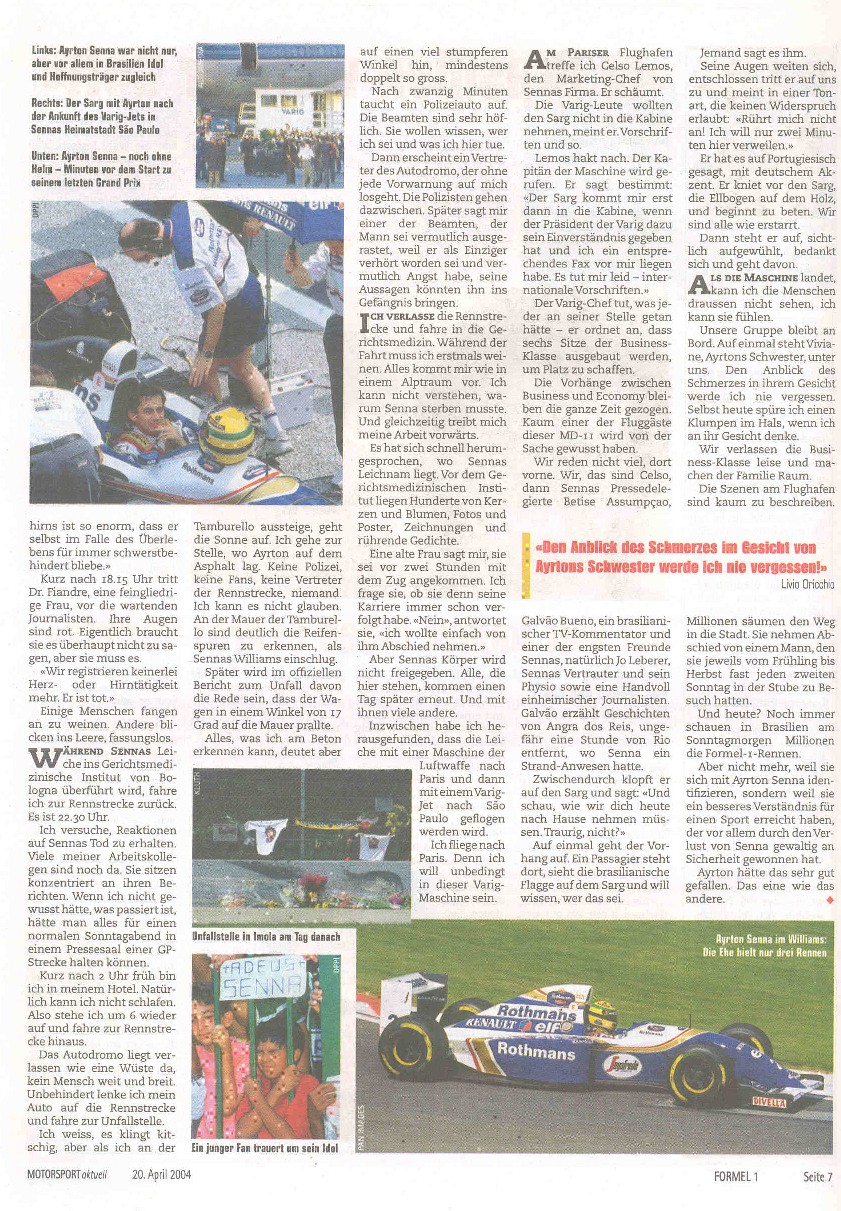 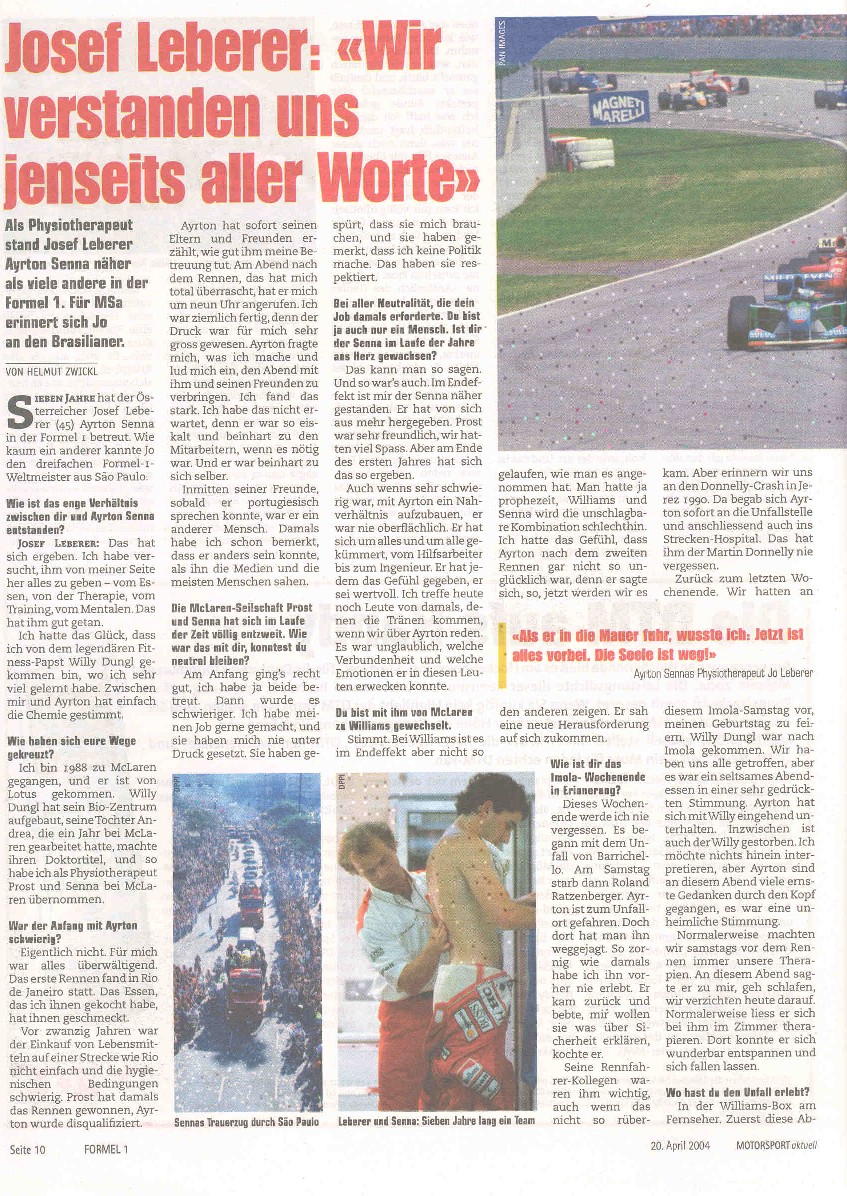 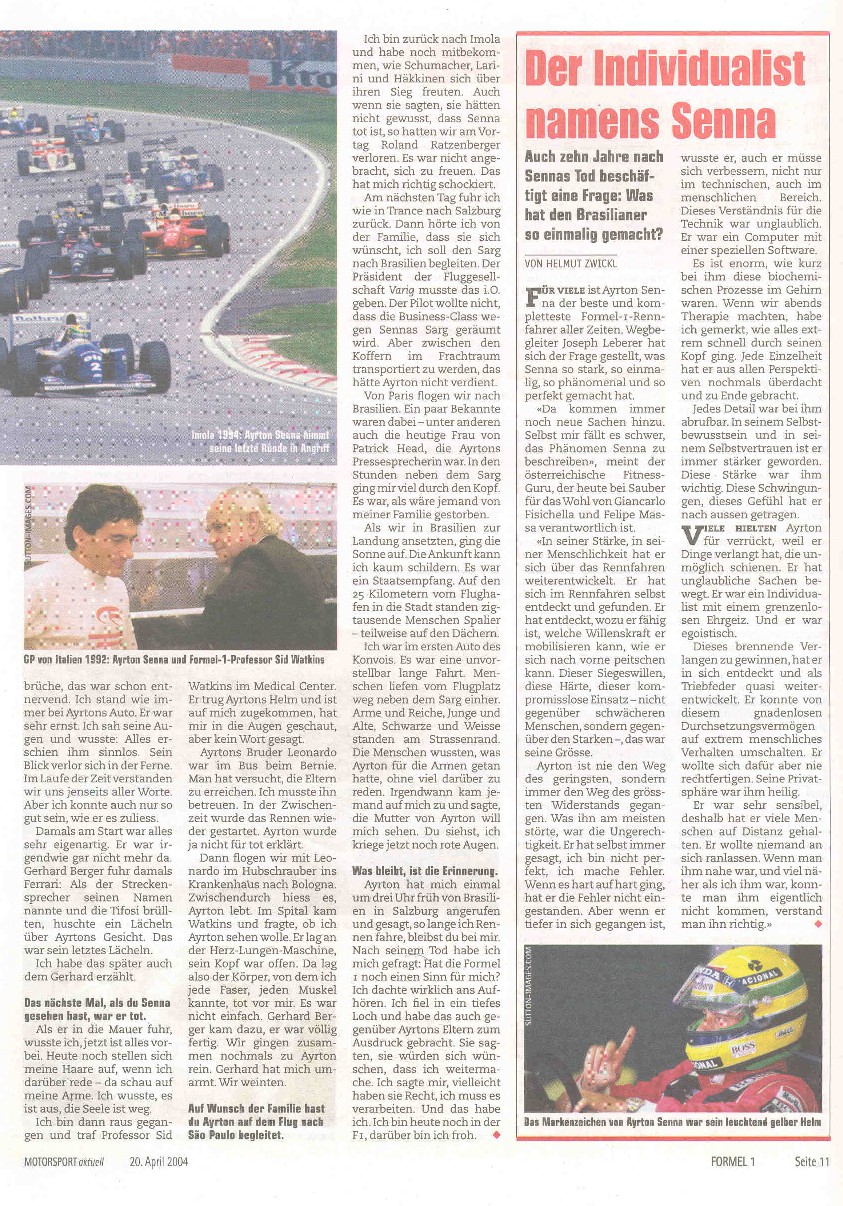 ZDF website reports on the Formula 1 fans in Italy who clearly show in the steel pillars which driver in their eyes will always remain number one in Formula 1 even 10 years after Senna's death: 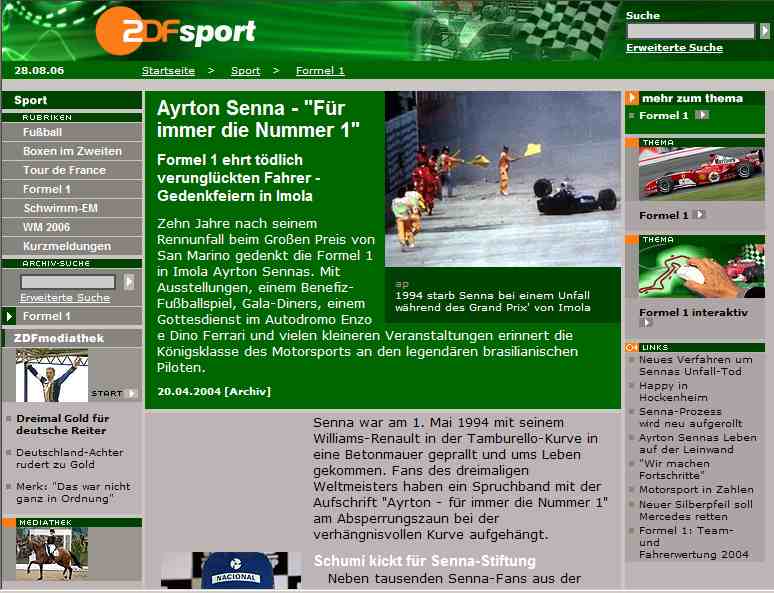