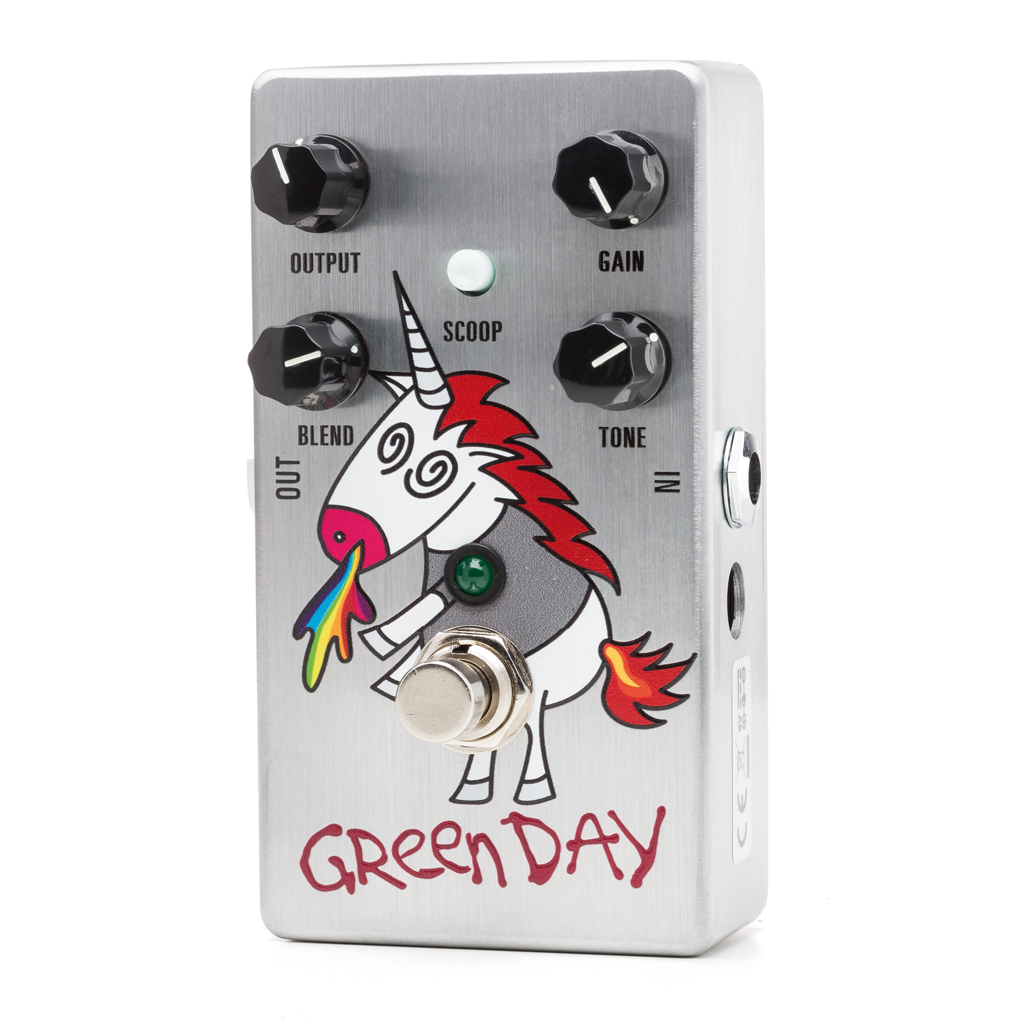 Even in its third incarnation, Green Days Billie Joe Armstrong's signature pedal remains a limited affair. Fans of the band will find a real collector's item here, but guitarists who are less punk pop affine should also risk an ear, because the little stepper has it all.

Even if the concept and implementation have apparently not changed apart from the optics, here is a brief overview of the MXR Dookie Drive: In general, the pedal was created to recreate the sound of the eponymous Green Day successful album from 1994 in a compact form . Billie Joe Armstrong originally used two tuned Marshall heads, which he named "Pete" and "Meat" and whose different sound characteristics were individually mixed together in the studio depending on the song. Pete was responsible for the more central crunch, Meat for the dashing hi-gain tone.

These two distortion and sound structures were implanted into the pedal accordingly. The most important control on the Dookie Drive is therefore the blend potentiometer, which controls their respective share of the overall sound. On the far left Pete plays alone, on the right only the reincarnation of Meat can be heard. The master control units include output for the overall volume and tone for the basic sound. Since MXR wanted to give its Green Day pedal additional tuning options, further open and hidden elements ensure movement in the sound:

The drive part of the hi-gain unit Meat can be controlled via its own controller (gain) on the pedal, there is also a mini switch called a scoop, which changes the frequency band if necessary and takes the mids out of the game. This of course opens up many possibilities. If that is still not enough for you, Pete can also significantly change the efficiency of Pete: Inside the housing there are two small screws that can be used to adjust the output volume as well as the degree of distortion.

Let's take a quick look at the other specs of the pedal: In contrast to the first two versions, there is no motif of the 'Dookie' cover shown here, the imprint is rather the design of the current Green Day work 'Father Of All ... ' on. Whether you like the design or not depends on your personal taste, it is always original. The pedal, which is limited to 2,000 pieces, can be operated both with a battery and via a power supply unit, the dimensions of the housing correspond to the MXR standard, so we are dealing with a classic old-school compact pedal. 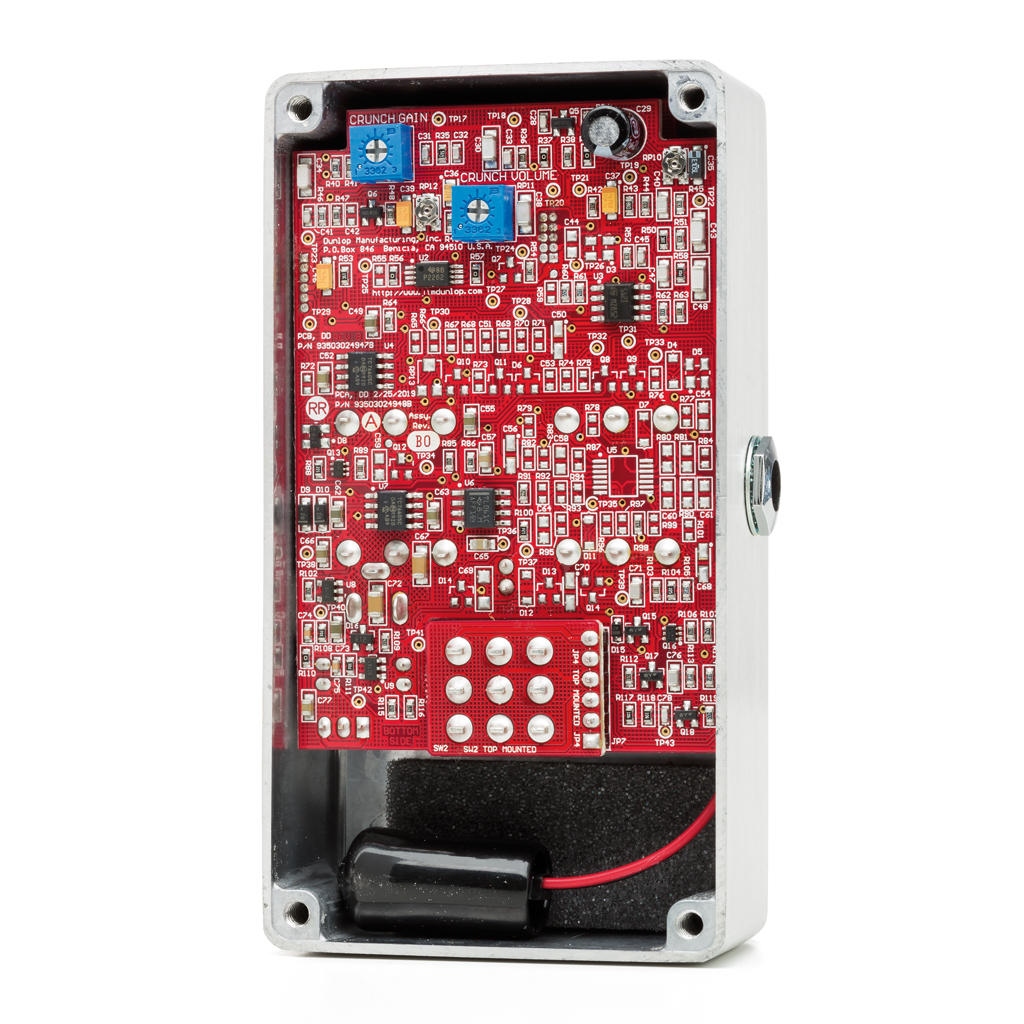 OFF TO THE REAL ESTATE WITH IT

Armstrong's favorite at the time was “Blue”, a pimped Strat copy by Fernandes with a bridge humbucker. We notice that the man likes to give important things simple names with four letters ... We replace his favorite at the time with a slightly more noble Music Man Silhouette Special with HSS equipment and play 'When I Come Around', one of the hit singles on the 'Dookie' album at.

Result: runs, sounds, pushes - which wasn't to be expected otherwise. With other songs apart from Green Day it quickly becomes clear that the pedal with its diversity can pass as a real all-rounder in the hard & heavy sector. Both earthy hard rock and rough metal attacks can be fed sound-technically via blend in no time at all. Scoop shifts up a gear if desired. So we are dealing with a very flexible multi-distortion device that can do a lot more than “just” mainstream punk pop made in California.

In the shop, the pedal goes over the counter for a good € 240, which doesn't exactly make it a special offer. However, if you look at the used prices of the long-out-of-print original version from 2019, depreciation should not be an issue - on the contrary. And since MXR has a weakness for special editions, not only when it comes to Dookie Drive, one more wish at the end: I would think it would be great if a deluxe version were to come onto the market one day with which Blend can be controlled remotely via pedal. Then you could use the kicker’s strongest feature in live use without restriction. And adapt the sound individually to the respective song - without taking your hands off the guitar.