What happened to the Kaiser during World War II

It was a deep fall. He was once one of the most powerful men in Europe. Since November 9, 1918, he was only a man on the run. Wilhelm II, German Emperor and King of Prussia, had to abdicate. Many Germans only showed contempt for their head of state. After the country had waged a terrible war against half the world for four years, the Germans had to accept that they had lost that war. The German Reich was defeated. Soldiers and workers rebelled - and took power in many cities. The object of their hatred: The Supreme Commander Wilhelm II. 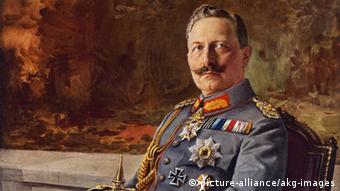 An emperor on the run

Fortunately for him, Wilhelm II was not even in Germany during these weeks. He resided in his major headquarters in Spa, Belgium. Here he marked the strong man on the evening of November 9th: "And even if we are all beaten to death - I'm not afraid of death! No, I'll stay here!" The Germans had already learned enough that Wilhelm II liked to tap big sayings. So this time too: in the morning hours of the next day, the emperor left for the Netherlands. In this way he escaped the revolutionaries and the western opponents of war, who would have loved to put him on trial.

In the Netherlands, the ex-emperor became a curiosity. Amerongen Castle, where Wilhelm II initially found refuge, was downright besieged at times. Everyone wanted to see the emperor without a country. No wonder the former monarch was quick to find a new place to stay.

The exile: a former moated castle

His choice fell on Haus Doorn in the province of Utrecht. The origins of this former moated castle go back to the 14th century. However, the property was by no means up to Wilhelm's standards. Extensive construction work was necessary before the former monarch was satisfied. Craftsmen fanned out, modernized the rooms, built a new gatehouse and prepared the house for the last German emperor to move in. 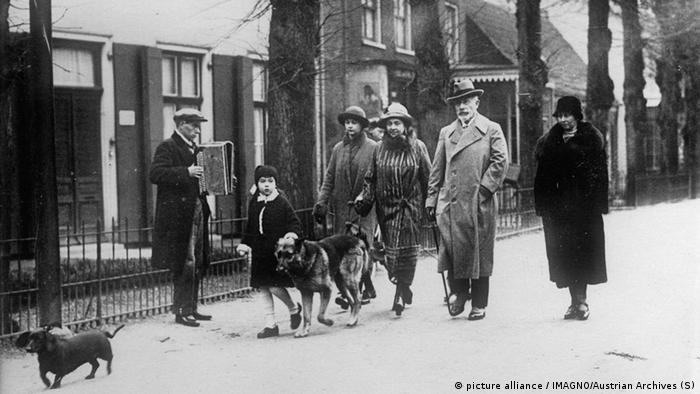 The court shrank in exile. Wilhelm on a walk in Doorn in 1926

The small change needed for all this luxury came from Germany. The democratic republic had partially released the ex-monarch's originally confiscated property. And even more: 59 freight wagons loaded with exquisite pieces of furniture, works of art, weapons and clothing rolled from Germany to the Netherlands. Equipped in this way, the emperor settled down at House Doorn. And did what an emperor did: he held court. Magnificent chandeliers, paintings of the old Hohenzollern kings and exquisite dishes made Wilhelm's exile a little sweeter.

The monarch always dreamed of returning to Germany. When Hitler made his unsuccessful coup attempt in Munich in 1923, Wilhelm wrote to two of his former officers: "If you need me, call me, I am ready to return at any time." However, nobody called him, Wilhelm was unpopular in all political camps. Nevertheless, he always gathered a crowd of loyal monarchists around him, in whose round he gave free rein to his feared monologues.

For example, the anti-Semite Wilhelm described Jews and the press as a "plague from which mankind must free itself one way or another". "The best would be gas," wrote the ex-Kaiser in 1927. Words that would get stuck in your throat today.

When he wasn't making hateful speeches, Wilhelm devoted himself to his true passion at Haus Doorn and its vast property: sawing wood. Tree after tree, Wilhelm fell victim. A confidante noted: "The park is getting bare and bare, one tree after another is falling." 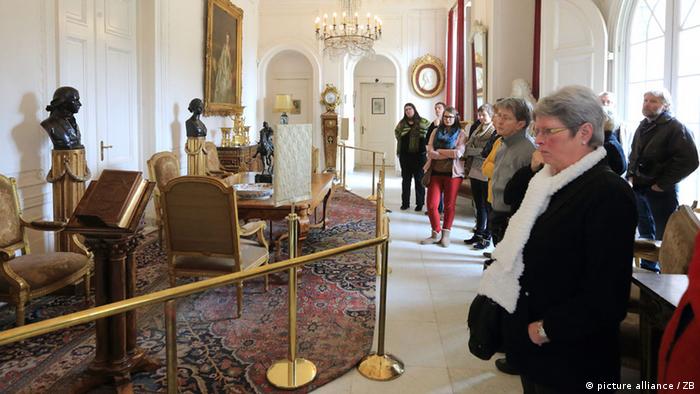 Today Haus Doorn is a museum

In spite of his anti-Semitic remarks, Wilhelm was not on the best of terms with the National Socialists, who took power in Germany in 1933 - just as little with the failed Weimar democracy. Adolf Hitler had no intention of bringing back the now aged ex-monarch. The Germans would "curse the flag with the swastika again", prophesied Wilhelm, even before he closed his eyes forever in 1941 and was laid to rest in a mausoleum near Doorn House. House Doorn is now a museum. It offers an insight into the exile years of the last German emperor. The trees on the surrounding property have now recovered from Wilhelm's hobby.