What does fatigue strength mean 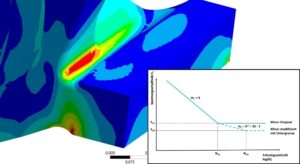 Fatigue of the material means failure due to cyclical loads. The load that can be tolerated is lower than the maximum load that can only be tolerated a few times (up to approx. 10,000 cycles).
The relationship between the tolerable stress amplitude and the number of cycles is described by the Wöhler curve.

The fatigue strength is divided into the following 3 areas:

We offer the following services in the area of ​​fatigue strength / operational strength:

We pay particular attention to the fatigue strength verification of structures with non-linear behavior. These non-linearities are often caused in mechanical engineering by:

For verifications of highly non-linear structures, we use our self-developed software packages. In this way, we can map the often underestimated influence of non-linearity on operational stability with high precision and understand the causes. In this way, both oversized structures and serial damage are avoided.

The damage is calculated depending on the load situation on the basis of: 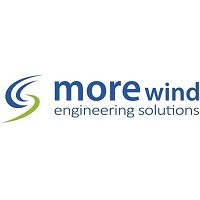 We like to cooperate with Mr. Hanke and his team for our projects in the field of wind energy. The engineering office Hanke supports us with damage analyzes as well as with the design of new components. The competence in the areas of fatigue strength and screw calculation is outstanding. 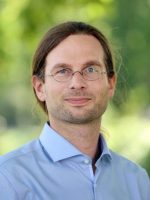 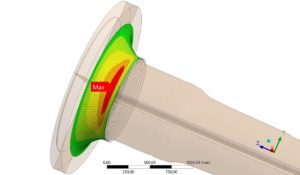 For the forged rotor shaft of a wind power plant, tests were carried out on the operational strength. The verifications were made on the basis of the FKM guideline. The stress on the rotor shaft was determined using FEM, taking into account the stiffening influence of the rotor hub. The damage calculation was carried out taking into account the influence of the medium voltage. By using the FKM guideline, it was possible to significantly reduce the shaft diameter compared to the usual procedure according to the more conservative GL guideline.

The operational stability of a test stand for blade bearings was demonstrated in the project. The test stand construction consists of a welded steel structure. The main focus was on the fatigue strength of the weld seams. A reliable design was not possible due to the high number of intended cycles.

The welds were evaluated according to Eurocode 3 using the structural stress concept. 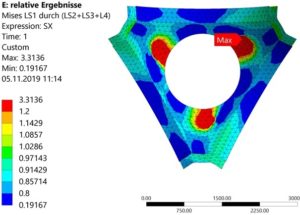 The fatigue strength verification for a rotor hub (GJS 400) was provided. In the fatigue calculation, the non-linear relationship between applied loads and stresses in the hub was taken into account. This is caused by the non-linear load-bearing behavior of the blade bearings modeled with. Both the effects of different directions of action of the leaf loads and the interaction between the leaf bearings were also mapped. The damage was calculated using the stress time series. These were evaluated with our in-house program for the analysis of the fatigue strength using the method of the critical cutting plane.

The verification of the fatigue strength is divided into the following three areas:

Process of a fatigue strength verification