Why is graphite anisotropic in its electrical conductivity?

When is a substance electrically conductive?

A substance is electrically conductive if it contains freely moving charged particles.

The conductivity of metals

Why do metals conduct electricity? If atoms only have 1, 2 or 3 valence electrons, neither ion nor atomic bonds can form between 2 atoms of this element.

Atomic bonds cannot form because 2 atoms use their valence electrons together to fill the valence shell with 8 electrons. There aren't enough electrons for that either.

So the metal bond is formed. With it, all valence electrons are freely movable in the entire crystal, they are, so to speak, shared by all atoms. This state is called “electron gas”, although it has nothing to do with the gaseous state of matter.

What happens with the power line in metals? When a voltage is applied, the electrons slowly migrate through the crystal (and of course through other metallic objects such as copper wires). The situation is shown in Figure 1.

The most important properties of metallic conductors are

Why do some metals conduct electricity better than others? This question can be answered with the band model derived from quantum mechanics - not on my website.

The conductivity of graphite

Why does graphite conduct electricity?

The graphite crystal is made up of layers. Each layer consists of an infinite number of six-membered rings made of carbon atoms. Each carbon atom uses 3 of its valence electrons to form bonds with the neighboring atoms. The remaining, “fourth” valence electrons form a system of delocalized molecular orbitals, which means that they can move freely in the entire layer, and current conduction can take place. Figure 2 shows a situation in which 2 electrodes (plus and minus poles) are placed parallel to the layers. Electricity will flow. 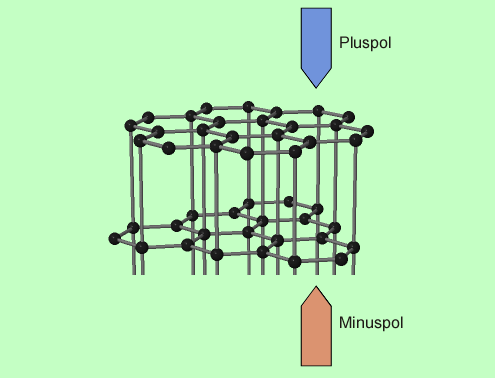 Fig. 3: There is no current flow in graphite perpendicular to the layers.

Graphite therefore only conducts the electrical current within the layers. Perpendicular to the layers (see picture 3) it is an insulator. This phenomenon is called anisotropy.

In commercially available graphite, a great number of tiny crystals are randomly arranged so that layers of individual crystals that are tilted against each other touch each other. Power is conducted in all directions.

The conductivity of salts and other ionic compounds

Fig. 4: There is no current flow in ion crystals.

In the solid state, ionic compounds form crystals. In these crystals, the ions are not free to move, but are located in a crystal lattice in fixed places (Fig. 4). So there can be no current flow.

Figure 5: In the liquid state, electricity flows in ionic compounds.

In the liquid (molten) state, the ions can move freely. If a voltage is applied, the cations migrate to the cathode, the anions to the anode and discharge there (Fig. 5). Electricity flows. The same thing happens in the dissolved state.

What happens when current flows in ionic compounds? When a voltage is applied, the ions migrate: cations to the cathode, anions to the anode.

The most important properties of ion conductors are:

Why do metals conduct electricity better than ionic compounds? The charge carriers in metals are electrons, in ion conductors they are ions. Ions are much larger than electrons and therefore much less mobile.

Applications of power conduction in solutions of ionic compounds:

You will soon be able to read more about the conductivity of semiconductors here.

And then of course there are also substances whose conductivity does not fit into one of the diagrams above.

The unit of conductivity

The unit of conductivity (also called conductance) is Siemens, abbreviation S. The following applies for the conversion:

The conductivity is the reciprocal of the resistance.

The conductivity L depends on the length l and the cross-sectional area q of the conductor through which it flows, and of course also on the material from which the conductor is made. The following applies:

How big is the conductivity?

The conductivity of different substances is very different. It extends over many powers of ten. Figure 6 gives an approximate overview of the order of magnitude of the conductivities of individual substance classes.