Which is currently the best novel launched

One thing is beyond question: the German Book Prize is a success. It was launched in 2005 as a prestige project in the book industry. At that time, the award was brought to life by the venerable Börsenverein des Deutschen Buchhandels. Since then, he has increased awareness of German-language novels and increased sales. It recognizes publishers for their literary commitment and satisfies readers' need for orientation. And - it has proven to be a powerful marketing tool. 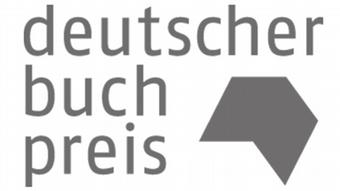 Prestige project in the book industry

When the German Book Prize was launched, the book trade had had a tough few years. Something new, a kind of "flywheel" was needed. The Börsenverein attempted to establish a prize that would put a single book in the spotlight and not, as with the renowned Büchner Prize, honor the entire work of an author. The English Man Booker Prize and the Prix Goncourt from France were the models. Big sponsors like the Deutsche Bank Foundation were brought on board. Every year, 37,500 euros are in the pot, 25,000 euros of which for the winner and 2,500 euros each for the other five shortlisted candidates.

One might think that authors, publishers, bookstores and the media should be happy about such a promising and media-effective award. The opposite is the case. The price has been criticized since its inception. The satirical magazine "Titanic" even insulted him as "advertising price". 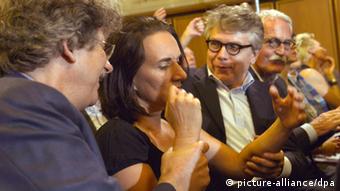 The question of at whose expense a book is named "Novel of the Year" every year on the eve of the book fair is inevitably part of the echo of the ceremony in the Imperial Hall of the Frankfurter Römers. Can it be a coherent process in which an annually changing jury particularly highlights twenty novels through their selection before putting six of them on their shortlist and thus in the light of the media spotlight?

Is it at all fair to choose one novel as the winner from among hundreds that are not even included in the selection? Doesn't one inevitably compare the great family novel with the fragmented experiment, apples with pears? Is the jury made up of literary critics and booksellers even sufficiently competent?

Revenue and honor only for a few authors

There are 465 literary prizes in Germany, around 80 international prizes, many of which also take into account German-language literature, are added. The German Book Prize, which was awarded in Leipzig and later became known as the "Prize of the Leipzig Book Fair", already existed before the German Book Prize. Well endowed with 45,000 euros and respected among critics, its charisma does not come close to that of its "big brother" from the Main. The awarding of the German Book Prize on the eve of the Frankfurt Book Fair, the world's largest book show - smart timing with guaranteed attention. And it is precisely here that criticism always starts. 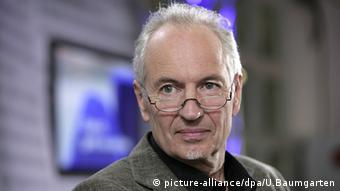 The publishers threw almost 90,000 new publications onto the German book market in 2015. How much literary, German-language fiction plays a part in this can only be estimated. A number in the order of magnitude of 2000 is in circulation. But very few books are discussed and thus perceived in the large feature sections. The German Book Prize only promotes this monopoly of media attention - an accusation that is repeatedly raised. It narrows the view of the broad field of beautiful literature and sharpens the focus on a few authors.

The turnover seems to prove the critics right. For each of the previous eleven award winners, the award meant an enormous increase in sales. The first winning book "Es geht uns gut", Arno Geiger's Austrian family saga, sold around 200,000 times in the first year after winning. The book prize winners from 2008 and 2011, Uwe Tellkamp and Eugen Ruge, achieved circulation of more than half a million with their novels about the GDR past. German-speaking authors without the label "Book Prize Winner" can only dream of such sales. 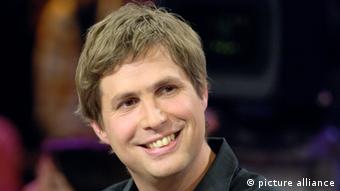 Daniel Kehlmann is one of the very few who have made it into the literary business without the prestigious award. He of all people called for the abolition of the "spectacle" in 2008, the procedure of which was only depressing for the writers. At the award ceremony, the six shortlisted authors would sit “like pop singers in a casting show” in front of the podium. 2014, in its tenth year, received particularly harsh criticism. The selection of books for the longlist is undemocratic, qualitatively questionable and only looking to sell.

Author Marlene Streeruwitz vilified the award as misogynist, downright sexist. The fact that until then there were more women writers who had been honored than their male colleagues did nothing to change that for them. In 2015, the daily newspaper "Die Welt" launched a sharp attack by simply denying the jury's competence.

Who will make it on the shortlist?

Despite all the criticism, the 2016 prize will be awarded for the twelfth time according to the well-known rules of the game. 98 publishers from Germany, Austria and Switzerland have submitted up to three promising new novels, and the jury members were able to add their own suggestions. The jury selected from 178 titles and in the end put six books on the coveted shortlist. The selection came up with surprises and was panned in the German feature pages - in good old tradition.

One was angry about missing names. The fact that some authors finished their novels late and could not be taken into account was discreetly ignored. Likewise the fact that many publishers had not submitted certain new publications, some at the request of the writers themselves. Not every writer likes to face the possible shame of being nominated, hoping for the big breakthrough and then going away empty-handed.