How are vampires born

From Nosferatu to Edward Cullen - Interview with a Vampire Researcher

When did the belief in vampires first emerge? How did you deal with so-called vampirism? Although even Empress Maria Theresa had declared war on the superstition about the bloodsuckers, the myth of the vampire continues to fascinate, at least in the fields of literature and film.

He likes blood, but not garlic. Socializing in daylight doesn't exactly fit the loner lifestyle either. A certain amount of politeness is still important to him - otherwise the pale creature would hardly step over strange doorsteps only after being invited. The vampire knows innumerable representations on the border between fiction and reality. To this day, he can be found as an indispensable figure in pop culture, including in epic teenage dramas such as the successful Twilight saga.

But not only the history of literature and film attracts the myth of the vampire, science is also concerned with so-called vampirism. Belief already appeared in the Middle Ages, says Professor Christoph Augustynowicz from the Institute for Eastern European History at the University of Vienna. “It is very exciting to see that the idea of ​​the existence of vampires has come up again and again in times of great upheaval. There are similar ideas already in antiquity. Here, however, the question arises for research to what extent these were already vampires, explains the expert for the research focus on vampire belief and vampirism.

What counts as such a specimen and what is not is generally more a matter of interpretation. Because the spectrum of the undead, believed to be dead and returning dead is a broad one. “In principle, however, one can stick to the definition of Peter Mario Kreuter, which assumes that vampires are mostly recovering, bloodsucking-damaging, material and individual.

The fact that they are counted among the so-called revenants means that they come back from the dead in some form, ”says Augustynowicz. The vampire is further different from the zombie, who moves in a collective, as well as from the android, which is controlled by machines.

Even if the popular belief in bloodsuckers goes back to antiquity, it was particularly pronounced in the 18th century. A series of mythical deaths caused panic on the southeastern border of the Habsburg Empire. “There were two large clusters of mysterious deaths in 1725 and 1731 that were intensely debated.

At that time, at the time of the Enlightenment, a new era of scientific interpretation and measurement of man began. Autopsies were carried out under new criteria and in the course of this it became noticeable that some corpses were not decayed as one would have imagined, ”said the professor. This realization led to a new way of looking at things: It was found that the transition between life and death can be a smooth one.

According to Augustynowicz, there are two major theories in medical history about the true causes of the deaths of 1725 and 1731. The first assumes that these are due to anthrax, the second considers rabies to be more likely.

Whether or not people believed in vampires was also an indicator of the degree of development of a region: “You can say that the revenant belief was widespread across Europe. Above all, however, it was found in Central and Southeastern Europe. Interestingly enough, in the 18th century the vampire developed more and more into a figure who stood for the backwardness of Eastern Europe in contrast to progressive Western Europe. "

Frederick the Second, Enlightenment Voltaire and even the Pope - political, cultural and economic thinkers from the centers of Europe at that time campaigned against the belief in vampires.

Maria Theresa also declared war on superstition. “On the occasion of deaths in Silesia and Moravia in the 1750s, she commissioned her personal physician, the scientist Gerard van Swieten, to prepare an expert report which should come to the conclusion that vampires do not exist. Clear evidence of the increasing rationalization and relativization of this popular belief at the time, ”said Christoph Augustynowicz. In the end, then, the reason propagated by Maria Theresa began its triumphal march against the myth.

From Nosferatu to Edward Cullen: The Vampire through the Ages

Nevertheless, Austria has remained a kind of literary adopted home for vampires. The novel "Carmilla" from 1872, for example, which comes from the pen of the Irish author Sheridian Le Fanu, is about a lesbian vampire in Styria. And Bram Stoker also planned to send his "Dracula" to the green state.

“The author moved the plot to Transylvania towards the end of the completion of his novel. At that time, reports were published in London about backward Transylvania. It is therefore assumed that Stoker aimed to connect with this choice of location in the media, ”Augustynowicz explains, explaining Stoker's change of direction.

The appearance and behavior of the bloodsucker today is also more flexible and less clearly drawn. Edward Cullen from Twilight and Eric Northmann from True Blood seem almost like empathic partners in life against their former noble colleagues who were waiting for their next victims at the castle. 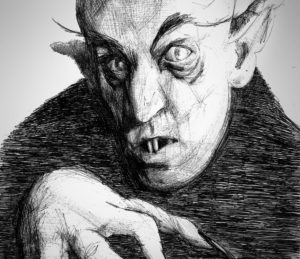 In any case, the modern vampire figures have little to do with a hunchbacked, bald-headed Nosferatu. Augustynowicz: "This development shows the entire ambivalence between fascination and horror that is inherent in the long tradition of preoccupation with the figure of the vampire."

We would like that we have to reflect again and again whether we are dealing with a hero or a villain - a villain. Because the myth of the vampire nowadays is all about being able to puzzle over and over again the question “Why did it actually become that way?”. 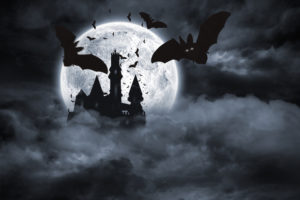